“To improve the lives of Dakota County residents and enhance the economic vitality of communities through housing and community development."

In response to the foreclosure crisis, the Dakota County CDA was awarded federal stimulus funds under the Neighborhood Stabilization Program (NSP) to acquire properties to be developed into livable housing to be sold or rented to income qualifying households.

To date, the partnership with Twin Cities Habitat for Humanity has been successful in permanently housing nine low income families in Dakota County over the past six years: six new construction homes and one substantial rehabilitation home for homeownership in West St. Paul, and two newly constructed homes in South St. Paul. 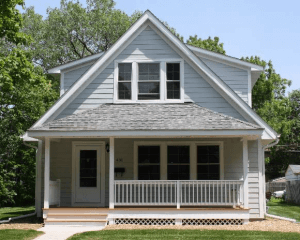 This home was recently built by Twin Cities Habitat for Humanity on a lot previously purchased from the Dakota County CDA.

Twin Cities Habitat for Humanity is proposing to build three homes on the lots they recently purchased in West St. Paul and South St. Paul. These homes will be designed to fit with the surrounding neighborhood, use high quality materials and meet green energy efficiency standards.  They work closely with the cities to ensure the property values of the homes are around the same value as homes in the community. 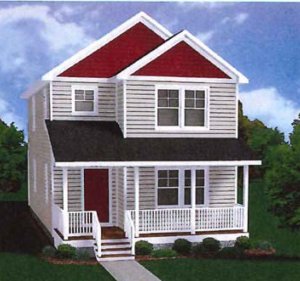 This is a rendering of a home that will be built in Dakota County by Twin Cities Habitat for Humanity.

Habitat for Humanity is known for their homeownership model to match affordable homes with low-income families. Homeownership provides stability for families, connects families to communities and their children to school districts.